Links To General Information About Hinduism

Site on Theosophy at halcyon

About Hinduism - Brief articles on the various facets of Hinduism.

Acharya On Line - Information on various poojas, rituals, beliefs, tradition, vedas, and puraanaas in addition to customised information like muhurtas and astrological solutions for individual needs. A panel of pundits and acharyas will answer the queries of the visitors to the site. 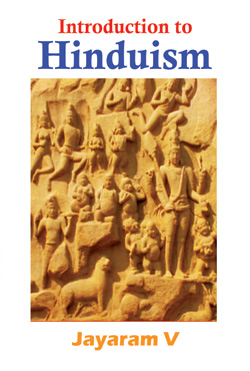 Adherents.com: Largest Hindu Communities - Features statistics on countries with the largest proportion and percentages of Hindus with respect to the total population.

Advaita Vedânta - An introduction to the philosophy of advaita vedanta, as taught by Sankaracharya and his followers. Includes articles on the different systems of Hindu philosophy,upanishads and history of vedanta.

Ahwan: The Spiritual Approach to Life - Articles based on lectures by Sri Bimal Mohanty. Many available on-line but subscription requested for access to others.

All Around Hinduism - Photos and briefs on Sri Ganesha and Sri Rama. Also contains a collection of links to Hindu resources.

The Avatars - Information and a calendar of appearances of manifestations of Hindu gods in human form, called "Avatars".

Balinese Hinduism - Information on the practice of Hinduism in Bali, Indonesia.

Comparative Religion: Hinduism - The basic tenets of the religion. Includes on line English translations of the Vedas, Upanishads, and Bhagavad Gita.

Dal Sabzi for the Aatma - Features writings by Shakun Narain on philosophy, articles and books on Hinduism and spirituality.

Dasavatara - A new look at Dasavatara, Navadurga and the origin of the river Ganges by Dr.Gokul Das Agrawal.

Dharma Central - Articles about spirituality, meditation and self-realization. included a schedule of pujas and lectures.

Elements of Hinduism - Hinduism,its beliefs and customs from the American Museum of Natural history.

Encyclopedia Britannica: Hinduism - An article from the first edition published in 1911.

Finding Siva - A student account of religious journeys through India, learning about Hinduism along the way.

Hindu Caste System - An article by Dr. Subhash C. Sharma on the natural evolution of various professions in ancient India before and during Vedic times, explaining that the original Hindu vocations were not based on heredity or birth.

Hindu Kids Universe - Contains prayers, festivals, customs and culture through pictorial descriptions, and a forum for kids and parents.

Hindu Puja and Bhajans - A collection of Hindu pujas and bhajans. Includes articles on the pujas.

Hinduism: A to Z - Prayers, festivals and their significance. Includes articles on Hinduism and sanskrit dictionary.

Hinduism and Vedas - Articles by Sri Maha Periaval. Includes his photographs, images of Goddess and links to books on Hinduism.

Hinduism Potpourri - Articles on Hindu culture, philosophy, sacred texts, and customs. Includes pictures of deities and holy men; and discussions of such topics as death, initiation, and weddings.

Hinduism: Religion or A Way of Life? - Articles on the scope of Hinduism from the traditional Aarti 'Om Jay Jagdish Hare' to Vedanta.

Hinduism: The main religion of India - A brief introduction to Hinduism, Ramayana, and Hindu reformers.

Hinduwebsite - Articles on the history, symbolism, Upanishads, and Hindu way of life. Includes links to resources on temples.

How to Become a Hindu - An on line guide for seekers and born Hindus.

Introduction to Hinduism - Contains information about the birth of the religion, the Vedas, reform movements, major gurus, and intermingling with Buddhist philosophies.

Jain for You: Hinduism - About the fundamentals and symbolism of Hinduism. Includes an image gallery and FAQ.

Meeting God: Elements of Hindu Devotion - Companion site to accompany an exhibit at the American Museum of Natural History. Features an overview of various aspects of Hinduism, including worship in the home, community, and temple.

Mythological Origins of Sangeet - Describes the traditional Hindu origins of Indian music and dance including a historical account of its development.

Online Panchang / Panchangam - Provides Panchang/Panchangams for more than 100+ cities of the world.

Sadhus - Information about the wandering holy men of India.

Sankhya School - A brief introduction to one of the major systems of Hindu philosophy.

Shaligram - About the importance of the worship of Shaligram in Hindu religion, its origin and related articles.

Spiritual Teachers - About Advaita vedanta and the teachings of the non dualistic teachers.

Sri Vrindavan Dham - The history, description, and stories of Mathura and Vrindavan associated with Lord Krishna. Include a biography of His Divine Grace A.C. Bhaktivedanta Swami Prabhupada.

Understanding Hinduism - Includes articles and resources on the religion pertaining to the Vedantas, spirituality, the soul, deities, and quotations from the scriptures.

United Communities of Spirit - An article by Dr. T. K. Venkateswaran about Hinduism, and the approach of the Hindus to interfaith dialogue and cooperation.

Wiki about Hinduism - A collaboratively authored Wiki covering all aspects of Hinduism.

Wikipedia: Hinduism - Article on the origins, scriptures, and philosophy of Hinduism.

Sadhu Sanga : Offers illuminating material for those seeking to deepen their spiritual understanding and practice. We offer salient selections from Sanga talks and other writings by Swami B.V. Tripurari.

Kailash Mansarovar Yatra: This is by far the shortest & the most direct approach to Mt. Kailash and is best suited for those on pilgrimage or those who are on a tight schedule. It is also the most popular trip. The trip is planned to arrive at Mt. Kailash on a full-moon day to view the mountain in its full glory & majesty.

Khemraj Shrikrishnadass This is the Ecommerce site for a long-established bookstore in India. They are the worlds oldest Publishers of Indological (Religious) books in India.

Hindu Temple website: The Hindu Samaj of Southern Sask. Inc, was formed on June 15, 1987 and the Hindu Temple was opended to the public on September 13, 1990. The temple is located at 3307 Pasqua Street, Regina, Saskatchewan, Canada. This site provides you information about the Temple and its activities.

The Kingdom of God : Discover an evolutionary and revolutionary method of meditation based on the synthesis of all major religious traditions.

The Naimisha Journal is the forum for Asian civilizations. Advised by a distinguished board of scholars, it looks at the world from an Asian perspective, free from colonial and Eurocentric biases.

Bhagavat Dharma & Dasakuta by R.K.Padasalgi : A very impressive website on Bhakti (Devotion to God) as propagated by the various Haridasas of Karnataka in India with their brief biography

Avaduta Datta Peetham: Sadguru Sri Ganapathi Sachchidananda Swamiji of Mysore is the Pontiff of Avaduta Datta Peetham. He is considered an incarnation of Lord Dattatreya by his followers. Speeches, videos, Cassetees, Cd's are available from this website.

Understanding Hinduism: A comprehensive web site designed for scholars and students of Hinduism.

Karamsad.com: Listen to the Bhagavad-giat at karamsad.com The purpose of this site is to provide you with information on the Religion, Culture and History of the Hindustani people.

Astrogyan: Free Indian Astrology & Horoscope Charts. The first complete guide & information library. The exclusive multi-lingual portal is accessible to the users in English & Hindi. As a special introductory offer for a limited time we are offeing access to the entire site free which includes detailed horoscope charts, dasha calculations and predictions, match-making etc...

Dhyanyoga Center of NC: Kirtan and Meditation Programs in NC, in the tradition of Kundalini Maha Yoga and its teachers, Shri Dhyanyogi Madhusudandasji and Shri Anandi Ma.

Dhyanyoga Center of NC:Kirtan and Meditation Programs in NC, in the tradition of Kundalini Maha Yoga and its teachers, Shri Dhyanyogi Madhusudandasji and Shri Anandi Ma.

brahma kumaris wotld spiritual organisation: A site about Personality devolopement through rajyoga meditation to gain clear understanding of self, the world, god, karma and philosophy and spirituality.

Our Mandir: We make custom Mandirs for homes in the USA. Please visit our website to see past completed projects.

Saranam.com : is the world's first puja and Hindu ritual site. In addition to articles on Hinduism and it's rituals, we have personalized free services.

Hindu Devotion: Ultimate Aim of your Life, Paths to God Realization, Scientific explanation of Hindu Dieties, and much more

Disclaimer: The links provided herein are third-party links. We do not have any control over them and we cannot guarantee their accuracy or their authenticity. The links are being provided as a convenience and for informational purposes only; they do not constitute an endorsement or an approval by Hinduwebsite.com of any of the products, services or opinions of the corporation or organization or individual. Hinduwebsite.com bears no responsibility for the accuracy, legality or content of the external site or for that of subsequent links. Any transactions that you enter into with a vendor, merchant or other party listed in this site or linked from this site are solely between you and that vendor, merchant or other party. Contact the external site for answers to questions regarding its content.

This information is compiled by Jayaram V for Hinduwebsite.com