The Sacred Scriptures of Hinduism 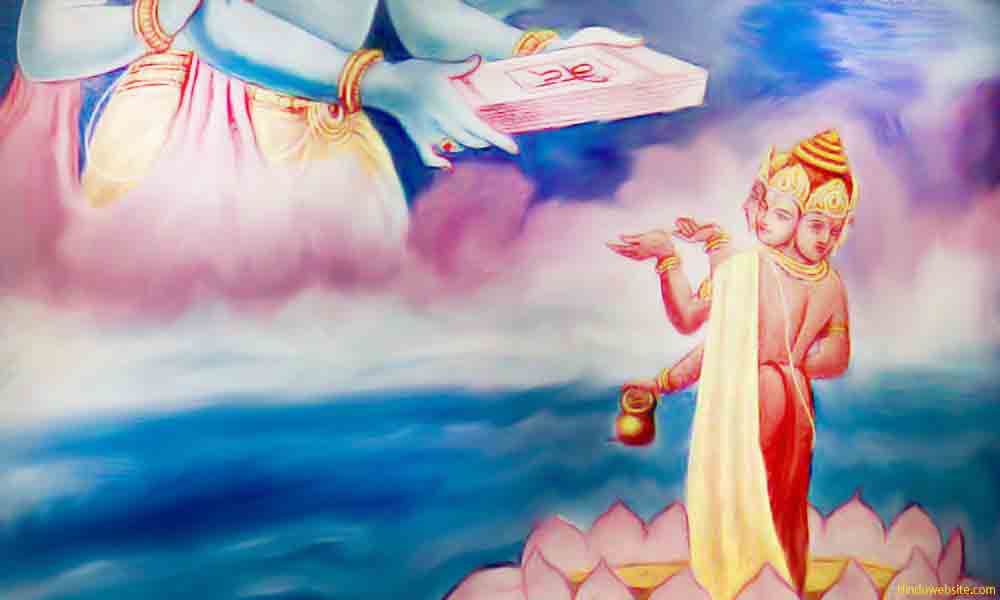 Garuda Purana This is an abridged version of the Garuda Purana containing the description of heaven and hell and matters concerning funeral rites and afterlife.

The Sacred Scriptures and Literature of Hinduism According to tradition, the Shiva Sutras were found engraved on a stone by Vasugupta, who probably lived in the 8th century AD, which became the basis for Kashmiri Shaivism.This is a free or flexible translation of the Sutras which forms a part of the book by same name, with translation and commentary by Jayaram V.

A Short History of Indian Medical Science: Find out surprising facts about the history of Indian medical system and how it influenced medical practices in other countries such as Europe and Arabia including the art and science of plastic surgery, brain surgery and many surgical procedures.

The Rig-Veda, The complete English translation of the Rig Veda by Griffith published in 1896 is available from here.

The Great Systems of Yoga Find our what yoga is, the whole field, not just a particular aspect of yoga.

A History Of Indian Philosophy: by Surendranath Dasgupta Volume I First Edition: Cambridge, 1922. Contains all the information you need to know about the various schools of Indian philosophical thought.

The Hymns of the Atharvaveda : Complete English translation of the entire Atharvaveda Veda by Ralph T.H. Griffith [1895-96]

The Yajur Veda (Taittiriya Sanhita) (Book 1 -7) Translated by Arthur Berriedale Keith, 1914. This is a partial translation

Sama Veda This is a complete translation of the Sama Veda.

Atharva Veda translated by Maurice Bloomfield from the Sacred Books of the East, volume 42, [1897] 361245 bytes. This is a partial translation.

The Gita in a Nutshell: 40 most important verses from the Bhagavad-Gita

Abbreviated Gita By Harry Bhalla. To Read the abbreviated version of the Gita and obtain a free Printed Copy of the Bhagavad gita please click here.

The Laws of Manu, George B hler, translator Manu was the legendary first man, the Adam of the Hindus. This is a collection of laws attributed to Manu.

The ArthaShastra of Kautilya : The book containing about 6000 hymns is a comprehensive manual on how a state ought to be ruled and administrated by a king and his administration.

A Vedic Reader: For Students By Arthur Anthony Macdonell (1854-1930) [1917]. some of the ideas and concepts in this book might have been outdated or you may not agree. But as a reference the work is still useful.

The Yogasutras of Patanjali: Translation of Patanjali's Sankrit work into English by Octavian Sarbatoare

The Yoga Sutras of Patanjali This concise work describes an early stage in the philosophy and practise of Yoga. Dating from about 150 B.C., the work shows dualist and Buddhist influences. The Yoga Sutras are required reading if you are interested in Yoga and mediation. 80,965 bytes

The Ramayana: This is an abridged verse translation by R. Dutt of one of the longest epic poems in world literature, depicting the life and adventures of Rama, an incarnation of Maha Vishnu.

The Mahabharata: This is an abridged verse translation by R. Dutt of the longest and most ancient epic poems in world literature, depicting the war between the Pandavas and the Kauravas fought on the battle field of the Kurukshetra. (NEW)

Indian Idylls: Stories from the epic Mahabharata translated by Sir Edwin Arnold. C.S.I. S vitr ; or, love and death, Nala and Damayanti, The enchanted lake, The saint's temptation, The birth of death, The night of slaughter, The great journey and The entry into heaven