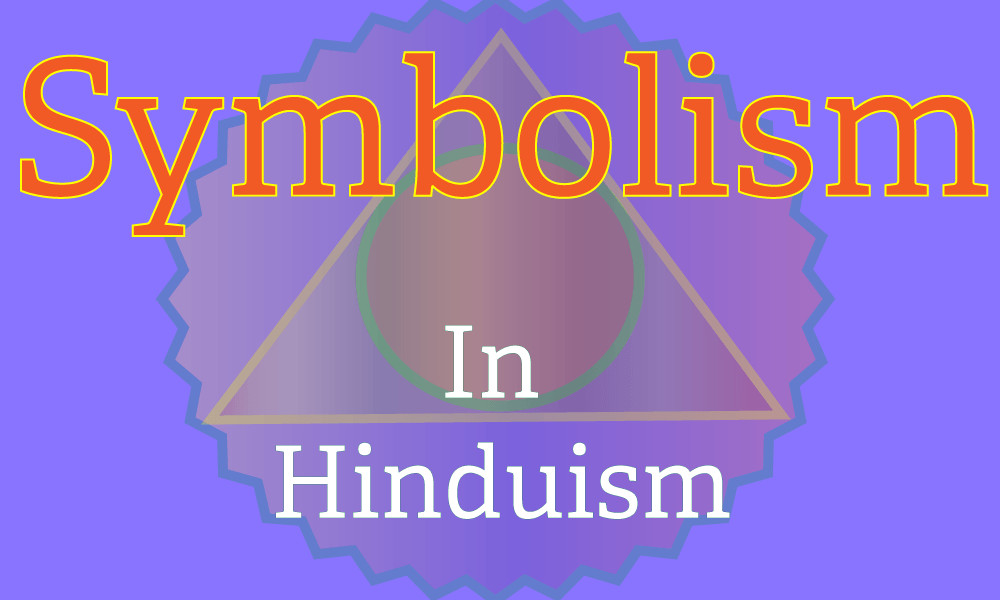 Symbolism in Hinduism And Symbolic Significance Of Hindu Gods And Goddesses

One of the least known facts about Hinduism is that for many centuries its core beliefs and practices were kept hidden from the general public. People were not allowed to know truths about the divinities or secrets about the spiritual practices or the methods of performing various rituals and rites. This happened in two significant ways. Firstly the priestly families decided not to teach the Vedas and other sacred literature to those who they thought were unqualified to know them because of their birth and profession. Therefore, they did not allow the other castes to know about the ritual aspects of the religion. In fact, in this regard, we cannot just isolate and blame the priestly caste. What they did was part of a social practice that characterized Hindu society. Every caste, more or less, kept the secrets of their respective professions strictly within their families or castes.

Secondly those who transcended the caste distinctions and joined the ascetic traditions were bound to the master and disciple tradition, which dictated that only those who were able to earn the confidence of their masters by virtue of their sincerity and personal effort were allowed to learn the secrets of their respective paths and when they taught to others they were bound by the same tradition. Because of these two developments the only way the rest of the population could get some knowledge of their religion was through fringe methods such as listening to the stories from the Puranas and the Epics or the discourses of the wandering ascetics or watching some dance dramas.

Hindu scriptures are replete with metaphors, containing deeper philosophical truths, couched in symbolism, not obvious immediately to ordinary individuals. Some of them, especially the Vedas, the Upanishads, are written in a coded or symbolic language. Like all manifest creation, they also have some manifest content which is visible to all and some hidden content that would not be so obvious to us unless we have some intuitive ability. The hidden part unravels itself to the extent we have withdrawn into ourselves. They come to you as flashes from the depths of consciousness in moments of heightened awareness.

The following articles are an attempt in this direction. Readers are requested to note that in presenting these articles we do not claim any exclusive authority on the subject of symbolism in Hinduism. We have made interpretations based upon our understanding of the subject matter. We have also created another resource on symbolism titled, Symbols of Hinduism, the link to which is available below.

Symbolism of Agni as Brahman, The Supreme Self

In this essay we have presented Agni, the Primal God of Fire, the Most Ancient Deity and the First God in Vedic Sacrifices as Brahman, the Universal God, and the Source of All

The Symbolism of Shiva Lingam

The Symbolism of Purusha and Prakriti

Find out the Symbolic significance of Purusha and Prakriti (God and Nature) in Hinduism.

This essay describes the symbolism and significance of the epic Ramayana and its main characters.

Symbolism of Shiva as Prana and Aum

As the Lord of the Universe, Shiva represents many things in creation. In this essay we discuss his significance as prana or the life energy and Aum, the sacred syllable.

The Meaning and Significance of Namaskar or Namaste

Find here the meaning and symbolic significance of Namaskar, Namaskaram, Pranam or Namaste in Hinduism.

This essay explains the hidden symbolism and significance of Ganesha in the human body and in creation as the son of Shiva and Parvathi.

Symbolism of Vedic Rituals or Sacrifices

The essay is about the symbolic significance of Yajna, the Vedic rituals and how the idea or the basic framework of the Vedic sacrifice is hidden in various aspects of creation and existence.

Do You Know Why You Should Worship Ganapathi?

This section on symbols explores the meaning and significance of various symbols, names, forms, and archetypal images of Hinduism

The Vedic Symbolism of Gods and Demons

This essay is about the symbolism of gods, humans and demons in God's creation according to Vedic religion

Find out the spiritual and symbolic significance of Maha Shivaratri, one of the popular festivals of Hinduism.

Symbolism and Significance of the Descent Of Ganga

Symbolism of Ganga Avataran, or the story of how the river Ganga descended from heaven and flowed on earth.

Explore the meaning and significance of various secular and religious symbols, names, forms, and archetypal images of Hinduism

Do You Know Why You Should Worship Ganapathi?

Symbolism of Ganga As the Purifier and Liberator

The essay describes the symbolism of the River Ganga as the purifier and liberator of mortal beings and how it similar to other sources of liberation.

The Meaning And Significance Of Swastika In Hinduism

Find out the different meanings of Swasti and Swastika (svastika) in Sanskrit and their importance in the ritual and spiritual practices of Hinduism.

Symbolism of the Vedas

This essay is about the symbolism of the gods, planets and other objects found in the Vedas and their symbolic significance in the early Vedic religion

The Symbolism of Lord Ganesha

Find out the symbolism and significance of Lord Ganesha, one of the most popular gods of Hinduism, who is worshipped as the remover of obstacles and the lord of the gods and who is the first recipient of all offerings.

The Symbolism of Mahishasura Mardini

A brief survey of the history of the worship of Lord Shiva (Siva) in the Vedic, Dravidian and Tribal Traditions of ancient and prehistoric India.

The True Meaning of Bhakti or Devotion

What is Bhakti? Find out the mystery, the meaning, significance and symbolism of Bhakti in Hindu tradition and its connection with the Vedic sacrifices and human sacrifices.

Yin and Yang, and the Hindu Connection

The Concept of Kala or Time in Hinduism

Find out how Time or Kala is calculated in Hinduism. time cycles, kalpas, yugas, manvantara, Hindu calendar, and the its symbolic significance in Hindu theology.

Significance of Death in Hinduism

Symbolism in the Bhagavadgita

This essay discusses in detail the symbolism of the Bhagavadgita in reference to Kurukshetra, Chariot, Sanjaya, Dhritarashtra, main plot, Krishna, and Arjuna.

Symbolism of Time or Kala and Death

Another important article on the Symbolism of Time or Kala and Death in Hinduism and why Death is worshipped in Hinduism as a deity.

The Ten Iconic Symbols of Hinduism

Find the hidden symbolism of ten important concepts of Hinduism

Meaning and Significance of Heart in Hinduism

This essay is about the meaning, symbolism, and significance of heart in Hinduism in different planes of existence and its various interpretations in the Upanishads.

Origin and Significance of the Epic Mahabharata

This essay explains how the epic Mahabharata was composed, its historic significance, why it is considered greater than the Vedas, and why it is called the Mahabharata instead of Bharata.

Anjaneya, The World's Most Ancient Superman

Anjaneya or Hanuman is a polar Hindu God, devotee of Rama who played an important role in legend of the Ramayana.

Meaning and Definition of Bhagavan

Know what Bhagavan or Bhagavan means, who is Bhagavan and whether it is right or wrong to address a spiritual guru as Bhagavan.

Ten Reasons Why You Should Worship Shiva

Ten best reasons why you should choose Lord Shiva as your personal God and Guru and worship Him with love and devotion.

The importance and symbolism of the human body, deham, in Hinduism compared to the individual Self and its role in human life and liberation

Find the true meaning, significance and symbolism of Sri Satyanarayana Puja or Vratam, a popular ritual of Hinduism and the Katha associated with it

Symbolic Significance of Numbers in Hinduism

Know the symbolic significance of Vedic Deities from this article.

The Ganges and Lord Siva

What does this story of the origin of river Ganges actually represent? Know from here.

The True Meaning of Sanyasa

Know the true meaning of Sanyas in this article.

Symbolic Significance of The Hindu Trinity

We have presented here the symbolic significance of the Hindu Trinity

The Significance of the four Yugas

This article is about the secrets of the four great Yugas or epochs.

The Participants in the Gita

What do the characters of the Bhagavad gita symbolically represent ? Know the answer from here.

Symbolism of the Vedas

The Vedas are divided into four parts. Do you know what they stand for? Know the secrets of Vedic Symbolism from here.

This article is about the two great principles of the manifest universe based upon the descriptions given in the Bhagavad-Gita.

The Vehicles of Gods and Goddesses

Know from this article the hidden significance of the vehicles of gods and goddesses.

The Churning of the Oceans

We have presented here the symbolic significance of this absorbing mythological story.

Read the symbolic significance of Shri Hanumanji from here.

The Secret Code Of The Bhagavadgita

This book deals with the little known aspects of the Bhagavad Gita. It is the result of 15 years of study.

The Symbolism of Puja

Puja is the most common form of Hindu worship, with a hidden symbolism unknown to many. We have presented the same here.

Find the many interpretations given in Hinduism to the word "puja" ..

Links to Symbolism in Hinduism

More links and search resources. (Opens in a new window.)