Purusha, The Universal Cosmic Male and Prakriti, The Mother Nature 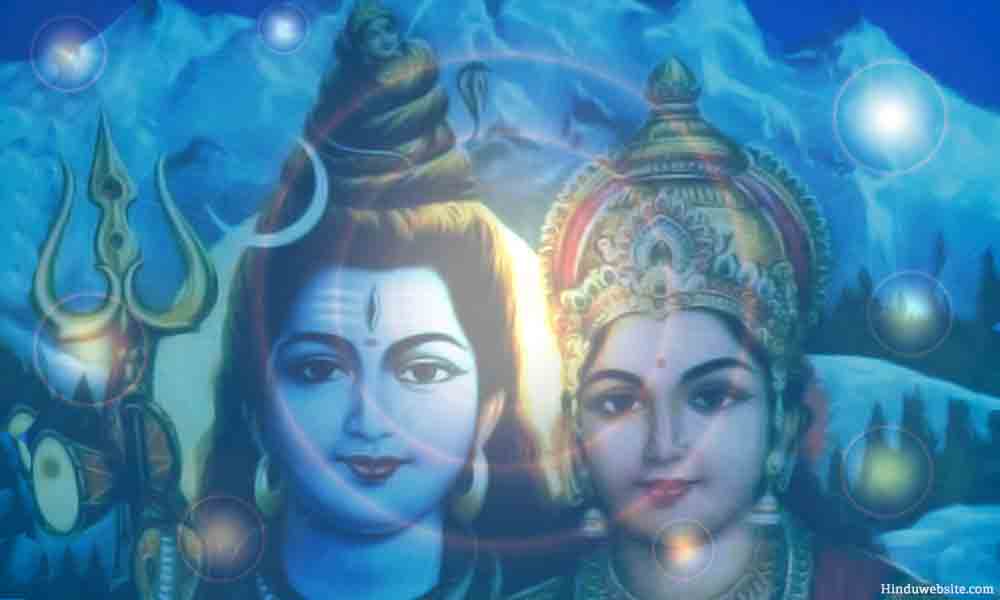 Prakriti and Purusha are the two different aspects of the manifest Brahman, known as Isvara. They participate, regulate and implement the universal creative process. Prakriti means that which is found in its natural, unaltered form. Its opposite is vikriti, which means, that which is deformed or altered from its natural state. Prakriti also means "that which gives shapes or forms" signifying Nature or pure energy.

Purusha (puru + usha) means "eastern dawn" signifying the Manifested Brahman or the Creative consciousness that sets in motion the entire creative process with the help of His two aspects. Both Purusha and Prakriti are eternal, indestructible realities. The formed is considered the essential cause and the latter the material cause of creation.

Prakriti operates at two levels. Its lower nature, which consists of the eight-fold nature namely, earth, water, fire, air, ether, mind, reason and the ego (7.4), while its higher nature consists of that (life force) by which all the living entities are upheld (5.5). All the beings in the universe originate from this two fold Prakriti (5.6), the Adhibhuta aspect of God (8.4).

At the physical level, Prakriti is the body and the mind (kshetra or the field) with all their constituent parts, while Purusha is the indwelling witness Spirit, (kshetragna or the knower of the body), the pure, egoless consciousness that exists beyond the senses and the mind. Purusha is the Adhidaiva, the Supreme Divine (8.8), the Ancient, the Omniscient, the Universal Enforcer of Law, the Supporter of All (8.9), who in the body as indwelling Spirit, as inner witness becomes Adhiyagna (8.4). He is the Witness, the Guide, the Bearer, the Enjoyer, the Great Lord and the Supreme Self. (13.22).

The Purusha is the universal cosmic male, the supreme Brahman, the subject as well as the object of sacrificial ceremonies, whose self-sacrifice results in the manifestation of life and worlds and by making a sacrifice to whom, a person gains an entry into the higher worlds or achieves liberation itself. The concept of Purusha is well documented in the Vedas, especially in the Purushasukta of the Rigveda which describes how the worlds were created, beings came into existence, and the social order was established from the Purusha.

Prakriti is responsible for the illusion and the sense of duality. All vikarams, (changes) and gunas are possible due to Prakriti only (13.19). Through the interplay of the gunas, it binds the indwelling Purusha to the sense objects and thereby becomes the cause of Its birth in both good and evil wombs (13.21). In the performance of actions, Prakriti is the cause, while in the enjoyment of pleasures and pain, Purusha is the cause (13.21).

The soul residing in the body is referred to as the indwelling witness, the Adhiyagna. We are told that when Purusha, also known as the Adhidaiva (Controlling Deity), resides in the body as the inner witness, He becomes Adhiyajna or the Seat of Sacrifice (8.4).

The soul in the body is different from Jiva (the living entity). The striving yogi perceives Him, as seated in the body enjoying the sense objects, united with the gunas, departing the body at the time of death, but the ignorant ones whose hearts are impure, do not perceive so even after much striving. (15.11&12).

At the time of death while the constituent elements of the individualized Prakriti go back to their respective Universal Elements, the indwelling Purusha and the jiva go to the higher or the nether worlds, depending upon the latter's past karma, and the place, time and manner of Its death (8.6-10).

The mental condition in which the soul leaves the body at the time of death is very important, because whatever the person thinks of at that time, that alone he achieves thereafter (8.6). Thus if someone departs from the body thinking of God alone, he would undoubtedly attain Him (8.5, 12 &13).

Correct knowledge and awareness of Purusha and Prakriti can be a true source of liberation for human beings. By understanding what is Prakriti and what is Purusha correctly, a yogi can develop perfect attitude towards both and develop right discrimination to perform desireless actions for self-realization. Thus, he who knows Purusha and Prakriti with its gunas, even if engaged in all types of actions, will not take birth again in this mortal world (13.22).