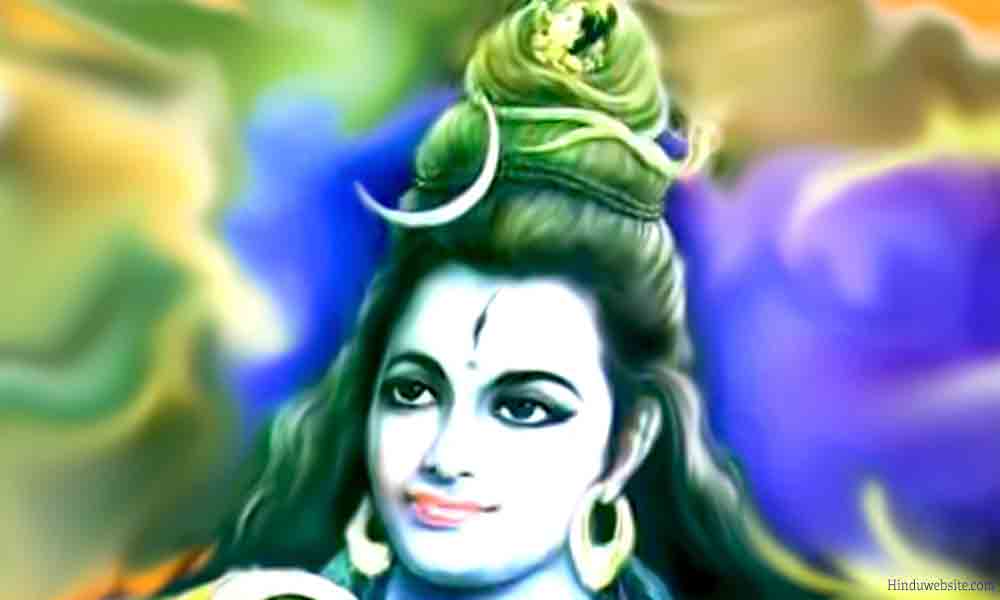 Text and translation by Jayaram V

Summary: contemplation on the mysteries of creation., nature of Divine Soul, description of Brahma wheel, nature of human existence, the Triad, reasons for bondage, way of liberation, the three unborn ones, who is Hara, importance of meditation and the syllable 'AUM'.

1. Those who are well versed in the knowledge of Brahman, pose many questions. They ask, "What caused this creation ? Who created it ? Was it by Brahman? From where do we all come into this world and established on what foundation we all thrive here ?" O knowers of Brahman, please do tell us under whose lordship we all live here variously, experiencing the various conditions of pleasures and pains?

Enquiry is the first step towards exploration of truth. The Svetasvatara Upanishad starts with some fundamental questions of our existence and then tries to seek answers to these questions? This has been the case with most of the Upanishads. They do not start with assumptions, but with a certain degree of sincerity to explore truth and understand the mysteries of our existence and our relationship with the Creator. The approach is mostly neither dogmatic nor didactic, but open minded, inquisitive, exploratory and analytical.

2. What should we consider as the cause? Is it time, inherent nature, necessity, accident, the elements, the womb or the person? A combination of these could not have caused it, because the soul exists independent of them. Even the self seems to be powerless before pain and pleasure.

3. Those who did meditation according to the percepts of yoga, saw the divine soul hidden deeply in its own qualities ( namely sattva, rajas and tamas). And this Divine Soul is the one who presides over all other causes starting with time to the soul.

4. We perceive Him as a wheel with one axis, three tiers, sixteen ends, fifty spokes, twenty counter spokes, the six sets of eight, whose one rope is manifold, which has three different paths of salvation and whose delusion arises out of two sets of actions.

There is a lot of symbolism hidden in this verse. The one axis is Iswara. The three tiers are the three qualities. The sixteen ends are the five elements, five sense organs, five organs of action and the mind. The fifty spokes are the various states of delusion and ignorance. The twenty counter spokes are the ten senses and their objects.

The six sets are prakriti, matter, abundance, emotions, gods and nature of soul each having eight different modes. The one rope is illusion. The three different paths of salvation are the path of righteousness, the path of unrighteousness and the path of knowledge.

The two sets of action are actions done out of attachment and actions done with detachment. The wheel that is referred here is the wheel of existence that comes into shape at the time of creation and revolves continuously till the end. Iswara is a not only a part of this wheel, He is its center.

5. We meditate upon it as a river joined by five fierce and crooked streams, nourished by five vital breaths, held by five types of buddhi as its source, afflicted with five whirlpools and five fast arising pains divided into five branches and fifty in all.

The river is the mind. The five fierce and crooked streams are the senses. The five whirlpools are the five types of delusion namely kama (desire) , krodha (anger) , lobha (greed), mada (pride) and matsarya (envy). The five pains are said to be difficulties arising out of ignorance, curiosity, feelings etc.,.

6. In this vast Brahma wheel, in which revolve all the beings and things, the soul (jiva), moves on under the delusion that the self hidden inside is different from the mover (the Supreme Self). But in the end by the grace of the Supreme, he attains immortality.

The power of illusion is not easy to overcome. The soul is caught in it helplessly and wanders about afflicted with the suffering natural to mortal life. It is only by the grace of God can there be freedom from such a miserable existence.

7. This Brahma wheel has been declared as the Supreme Brahman. The great three, are contained in it. It is firmly established and imperishable. By knowing what is in it, through serious efforts, the knowers of Brahman, become free from birth by merging in Him.

The great three are the individual self, the world (virat) and the world soul Hiranyagarbha.

8. The lord supports all this in which are combined both the perishable and the imperishable and also the manifest as well as the unmanifest. And the soul not being the lord becomes bound to the world as it considers itself as the enjoyer. But by knowing the divinity, it becomes freed from all the bonds.

This verse contains the three basic concepts of Saivism namely pati, the lord, pasu, the deluded individual self and pasa the bonds that keep the latter chained to this world. Iswara is the Isa, the lord, the pati, in control of every thing and unbound. The individual soul is anisa, the one without lordship, the pasu, controlled by the forces of prakriti and bound to the world by its actions. These bonds, pasas, can be cut asunder only through the knowledge of pati.

9. Knowledge and ignorance are the two unborn ones. One is the ruler and the other, the ruled. Apart from these two, there is another who is also unborn and who is connected with the enjoyer and his enjoyment. And then there is the infinite self, the universal form, who is non-doer. When one knows this triad, one has known Brahman.

The two unborn ones are Purusha or Iswara and Prakriti or Maya. The third unborn one is the Atman, the inner soul, who is the hidden witness, and does not engage itself directly in any activity. The enjoyer is the jiva, the lower self that is born again and again in the company of the inner soul. Enjoyment is attachment with sense objects that happens through the activity of the senses. Thus we have here a complete picture of the constituent elements of human personality namely the soul and, the jiva and the various states of our existence namely creation, delusion, attachment, suffering, and liberation.

Of the triad, the ruler is clearly the Iswara. Lord Siva is described as Iswara here. The Prakriti and the individual soul, which are His instruments, are engaged in a kind of power struggle. As long as the soul is held in its control by Prakriti, the former is bound to this world. And to attain freedom from Prakriti, the individual soul has to seek the intervention of Iswara, through the practice of yoga. This process has been explained further in the next verse.

11. By knowing God all the bonds are destroyed. When the afflictions are dissolved, there is freedom from the cycle of births and deaths. Meditating upon Him is the third stage. And through it one achieves the feeling of separation from the body, the possession of universal abundance and enjoyment through absorption into oneself alone.

12. That eternal which is rested in the self is to be known. Truly there is nothing else to be known. The enjoyer, the enjoyed and the cause of all - this is all that is to be declared.

The (real) enjoyer is the inner self. The (false) enjoyer is jiva. The enjoyed is prakriti or the manifest material world and the cause of all is Iswara.

13. Just as the fire that is hidden in its source is unseen and yet remains latent, but can be generated from its source repeatedly by means of the drill, so is the case with the self in the body which has to be yoked by means of the syllable AUM.

14. Using the body as the lower piece of the wood and the syllable AUM as the upper friction rod, and practicing meditation as the act of friction, one can see God who is hidden in oneself.

15. Like the oil in the sesame seeds or butter in the cream, water in the river beds or fire in the wooden sticks, so is with self hidden in oneself, which can be grasped through truthfulness and austerity.

End of Chapter I