The Problems and Status of Women in Hindu Society 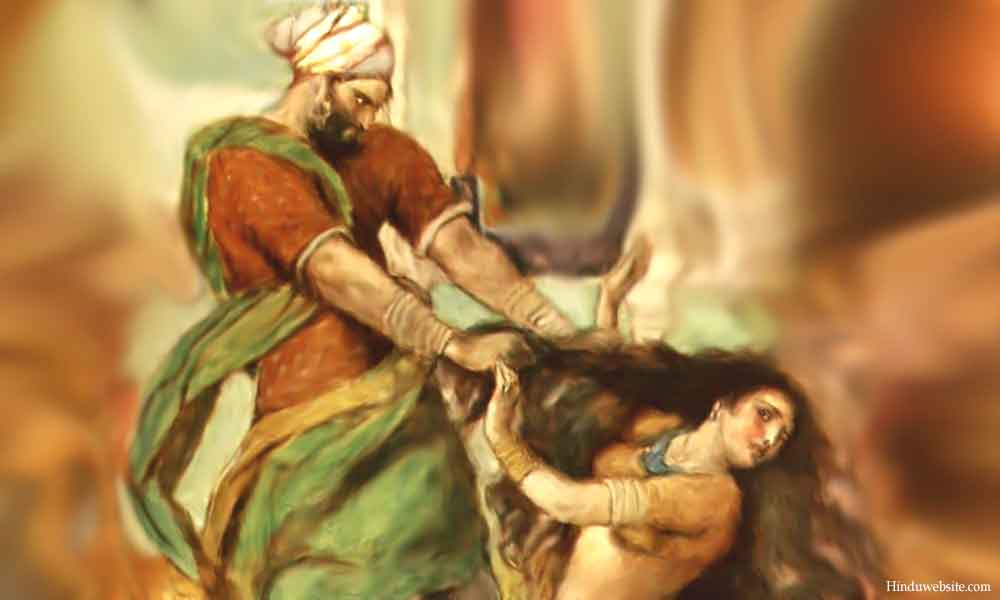 We know from history that when men waged wars, it was the women who mostly suffered as they lost their husbands, sons, their honor, homes, and livelihood. Unfortunately, it has still been going on in many parts of the world. It is true that the worst victims of present day terrorism are also mostly women and children only. Jayaram V

India is one of the few countries where women enjoy a comparatively better status than many women in other parts of the world. True, Indian women still face many problems and are subject to the same social pressures which women experience in other parts of the world. However, relatively speaking, their situation is much better than what it used to be in the pre-independence era when women had little freedom outside the walls of their homes.

On the positive side, women have made rapid strides in every aspect of modern life. The constitution guarantees them equal opportunity and where necessary provides them with necessary safeguards from possible exploitation or injustice. Indian women of today are not afraid of voicing their opinions or joining forces with other women in the local communities to fight against social maladies, drugs, alcoholism, domestic abuse and injustice.

They now have opportunities to take bold decisions or lead unorthodox lives, which might have made them vulnerable to social ridicule and family pressures few decades ago. Undoubtedly, women of today’s India enjoy a better status and freedom than women in the past. Indeed, Indian women politicians enjoy more popular support and leadership positions in Indian politics and political institutions than their counterparts in the most advanced nations, including the USA.

On the negative side, Indian women suffer from many disabilities and social injustices. This is true for all Indian women, to whatever religion they may belong, except where their status, roles and responsibilities are directly influenced by religious beliefs such as marriage and inheritance. It is more acute among women who belong to economically or socially backward communities, and women who are uneducated or solely depend upon their men for survival and sustenance.

Indian women rank high in terms of the number of prostitutes in the world and girl children who are neglected, abused and often sold into prostitution or bonded livelihood, purely for economic reasons. They rank high as victims of AIDS, and as women who live below the poverty line, who are often victimized and forced to do physical labor even when they are pregnant or sick. Speaking of the sexual attitude of Hindu males, we know they are not much different from their counterparts in other religions. Abduction and rape of women are widespread problems in India both in the rural and urban areas, which is exasperated by slack law and order, bureaucracy and a complicated legal process.

It is true that we cannot generalize the situation of India women in India due to the heterogeneous nature of Indian society. Indian women belong to different social and economic strata. What is true in case of a particular group may not be true in case of others. The number of Indian women exceeds the whole population of North America, including Mexico. Their sheer size and diversity make any study of them difficult. So much has been happening in Indian society as of late that it is difficult to make objective conclusions about their status and general conditions without attracting criticism or an opposite response. Such diversity and the sheer size of their population and age groups give wide scope for distortions and misinterpretation. It also leads to exploitative politics and false narratives.

The Internet itself is a glaring example of such distortions. There are many websites on the Internet today which present a very pathetic situation of Indian women, especially Hindu women. Some of them do it to catch attention while some do it purely with malice and an aim to distort Hinduism for personal or political reasons. Some of them quote from Hindu scriptures to prove their point, but fail to present the other side of the argument also. Obviously the people who publish one-sided information about Hindu women or Hindu community have little sympathy and tolerance for whatever that Hinduism represents. Their approach is one sided, utterly biased and intended to convert people to other faiths or draw attention to themselves.

It is true that some of the ancient scriptures of Hinduism were very partial to women and treated them with disdain, but we have no evidence to suggest that all people followed them or abided by them, considering that Indian society was heterogeneous even then, as it is now, and consisted of diverse ethnic, linguistic and regional groups.

In ancient India there was a great deal of social diversity and hardly any organized political or religious machinery to universally implement the religious laws. The Indian subcontinent was hardly under a single administration in its long history. Even those who had large empires had to be content with limited power and entrusted the task of ruling faraway provinces to local rulers.

Religion was then, as it is now, mostly a matter of personal choice. The Dharma Shastras, or the law books of Hinduism had a little impact on the day to day lives of most people. The kings and the nobility had little interest in the masses beyond collection of taxes. They enforced the Hindu laws only if they patronized the Vedic faith in the areas that were directly under their control. It is therefore incorrect to base our conclusions about the status of women in ancient India exclusively according to scriptural injunctions.

We also know that they enjoyed freedom according to their social and economic status and the faith they practiced. Women excelled in arts and crafts and often engaged in wars as soldiers. Chandragupta Maurya employed women as his personal guards. Women gave counsel to their husbands and stood with them in times of crises. In some communities, children inherited their mothers’ names rather than their fathers’. Many women entered the folklore as goddesses for their exceptional lives or sacrifices.

Therefore, we request readers to be careful about such misinformation and the websites which contain them when they search the Internet for information about Hindu women. The problems of Hindu women are not peculiar to Hindu women. They are the problems which are common to most women in the world, irrespective of their religions, social backgrounds, and nationalities.We, therefore, urge the readers to exercise caution when they visit the websites to which we have provided links here.

Traditional Status of Women in Hinduism

Women in India - How Free ? How Equal

Condition of women in India

Tribal Women Of India: The Potential Contributors To Growth

THE RIGHTS OF SELF EMPLOYED RURAL WOMEN

The Liberation of Women: Religious Sources (The Religious.

India 'honour killings': Paying the price for falling in love

Are our sisters and daughters for sale?

Every Woman a Goddess: The Ideals of Indian Art

The rudimentary Oriya model of a woman's life

Bibliography of Women and Religion

Diotima: Women and Gender in the Ancient World

The role of Women in the practice of Hinduism

The role of women in religious education

The ongoing tragedy of India’s widows

Those Shadowy Women In White

This traffic does not stop

Stories that must be told