Essential Philosophy of Vajrasuchika Upanishad
A Critque on Caste System 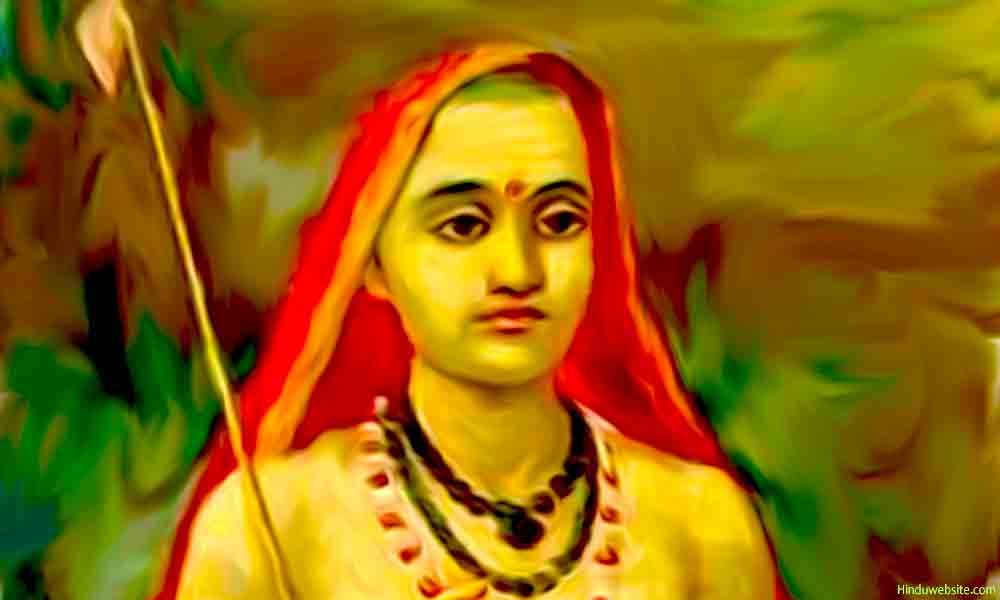 Vajrasuci means a sharp point, which is hard as a diamond and powerful like a thunderbolt. The name Vajrasuchika Upanishad (also spelled as Vajrasucika) is a direct reference to its pointed attack against the caste system of Hinduism. It forcefully argues against the traditional and orthodox opinion that the caste of Brahmanas is superior to those of others or that Brahmanahood (brahmanatvam) comes by birth.

As the name suggests, its knowledge has also the ability to pierce through the ignorance and delusion of ignorant people and open their eyes to the importance of seeking Brahman for liberation rather than taking pride in their birth, caste or family status. In the very first verse, the Upanishad declares that its knowledge dispels ignorance, condemns the ignorant and elevates those who have discernment. From this perspective, Vajrasuchi means that which leads to pointed focus and sharp intellect (sthitha prajna).

The Vajrasuchika Upanishad belongs to the Samaveda. The authorship of the text is often attributed to Buddhist scholars, Asvaghosha or Dharmakirit, who originally hailed from Brahmana caste before their conversion to Buddhism. A Buddhist text named Vajrasuci, which was said to have been translated in the 10th century BCE by Fahien, the Chinese traveler to India, lends credence to this theory.

However, it is difficult to believe that the Upanishad was composed to Buddhists. Although it is decidedly against birth based the caste system just as Buddhism, the similarity ends there. In many other aspects, the Upanishad is closer to Hinduism and upholds the main beliefs of the Vedanta school. Most importantly, it regards Brahman as the highest, supreme reality and the knowledge of Brahman as the means to liberation. It also believes in the existence of an eternal Self. Both the views are opposed by Buddhism, which believes in the nonexistence of an eternal soul and an eternal God.

Although caste system defined the social fabric of Hinduism and dictated its religious practice and social engagement, opposition to it from within the Vedic community prevailed since ancient times. The arguments put forward in the Upanishad bear close resemblance to those voiced by many saints and seers of Saivism and Bhakti movement who opposed caste based discrimination.

Indeed, in many respects the Upanishad sounds like a declaration of Virasaiva sect of Saivism, whose founder, Basavanana (12th century AD) was well known for his vehement opposition to the caste system. Shankaracharya was also against caste discrimination and regarded all human beings as the embodiment of Brahman. Hence, its authorship is attributed by some to him also. It is possible that the text may represent an ancient, school of ascetic philosophy, which might have its roots in Saivism or a similar sect. The following is a brief analysis of the philosophy of the Upanishad

What distinguishes a Brahmana from others?

The Upanishad mainly focuses upon the meaning, significance and purpose of a Brahmana. It begins with the question who a Brahmana is, or what distinguishes him from others. Is it the living soul (jiva), the physical body, his relationship with the Brahmana community, his knowledge of the Vedas, or his priestly duties? It then goes on to establish that none of them qualify him or distinguish him as a Brahmana. A person does not become a Brahmana merely because of his soul, physical body, birth, knowledge, actions, or religious duties.

The same soul lives in different bodies in different lifetimes. Therefore, no one becomes a Brahmana by virtue of his soul. The body of a Brahmana is also not exceptional, and does not distinguish him because like all other bodies it is also made up of the five elements only and like them is subject to death and decay. We cannot also say that caste makes a person a Brahmana because a number of seers and sages who were born in other castes acquired the knowledge of Brahman and attained liberation. A person also does not become distinguished as a Brahmana because of knowledge because knowledge is not exclusive to the Brahmana caste. Lastly duties (dharma) do not make a person a Brahmana because many Kshatriyas also perform sacrifices and give away gifts.

Who should be considered a Brahmana?

The Upanishad then goes on to answer who should be considered a true Brahmana. It states that a Brahman perceives the Self without the duality of subject and object. He is not guided by the distinction of caste, trait or action. In other words, he transcends such considerations in his thinking and attitude towards others. He is free from evils, imperfections and impurities and possesses knowledge, truth, bliss infinity. In short, his nature is that of the eternal Self as he merges his identity in it and becomes one with it. Therefore, he is eternal, self-existent, without will power, indweller and supporter of all, and free from egoism.

Thus, the Upanishad declares that a person attains liberation and becomes a true Brahmana because of his effort and qualities, not because he is born in a family of Brahmanas, has the knowledge of the Vedas and sacrificial ceremonies or belongs to the caste of Brahmanas. A true Brahmana is the one who has attained self-realization by cleansing his mind and body, and dissolved his limited, egoistic identity in Brahman. It is not the mere elevation and transformation of the subtle body that leads him to that exalted status. It is not his intellectual capability, mental agility or physical beauty of color and form that gives him the unique identity, but his realization of the highest truth.

The Vajrasuchika Upanishad is unique among all the Upanishad for the sweeping message it conveys against the caste orthodoxy, and the discrimination of people based upon caste. We can stretch the scope of the argument further to suggest that going by the same logic even women qualify as Brahmanas if they possess similar virtues. The Upanishad is a strong reminder to those who take pride in their caste and family status and ignore that enlightenment is the result of individual effort and spiritual purity, which does not come by birth, caste or any other externalities but by the realization of oneness with Brahman.

It exemplifies the principle of sameness and fairness in accepting all beings as equals and as manifestations of Brahman and gives hope to all people to work for their salvation, irrespective of their social or caste backgrounds. If we examine this text in the context of the extreme caste prejudices that prevailed in ancient India it becomes evident that Vajrasuchika Upanishad represents the highest standards of spiritual wisdom.