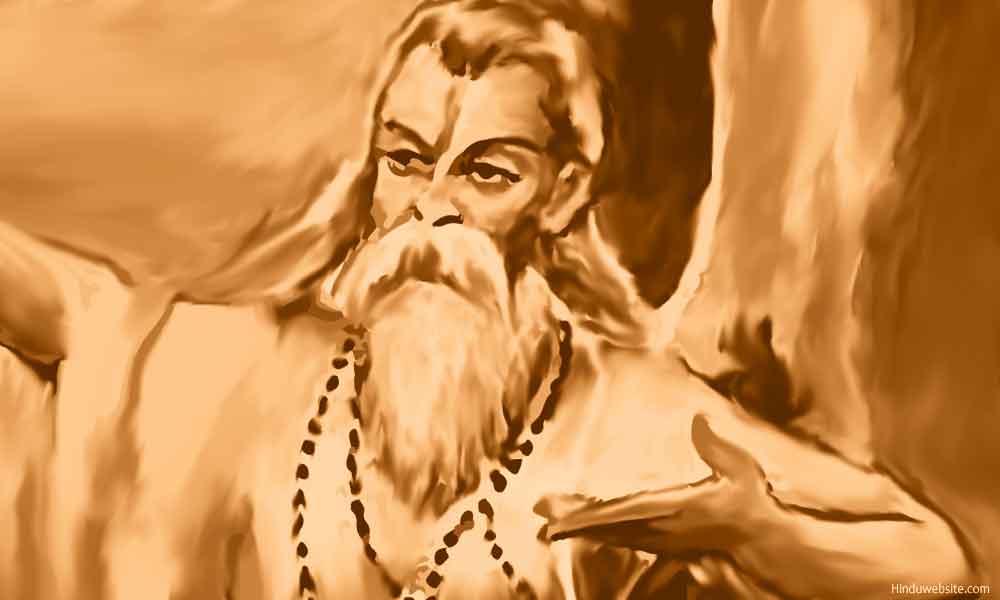 From a spiritual perspective, there is no better argument against the Hindu caste system than the one we find in the Vajrasuchika Upanishad. Some believe that the Upanishad may be Buddhist in origin for its vehement stand against the traditional beliefs associated with castes. Similar ideas are found in Shaivism also. Hence, it is possible that it may have been composed by followers of Shiva also.

The Upanishad presents a convincing argument against the caste system and refutes the argument that a person becomes a Brahmana by mere birth. It contends that a person does not become a Brahmana or Kshatriya by birth. The soul is pure and without attributes. Therefore, it has no caste. The subtle body also has no caste because it is the same mind, the same breath and the same intelligence, the tattvas, which are active in all.

The same soul enters different bodies in different lifetimes. Therefore, how can it belong to a particular caste or family? Besides, all the bodies in the world contain the same elements and propelled into action by the same triple gunas. We cannot also distinguish the castes of people by their color because people of the same caste possess different complexions.

Therefore, caste should not be based upon the body which you possess or which complexion you have. It should not be according to which family you belong. A person becomes a true Brahmana by knowing the Self or Brahman and by overcoming all the imperfections and impurities in him. His knowledge of Brahman and his proximity to Brahman give him that distinction, not what he wears or appears.

These are convincing arguments. It is why the tradition recommends that upon renouncing the world the renunciant should give up his first name, last name and caste identity. A renunciant on the path of liberation has no caste, nor nationality. He does not belong to anyone, nor does anything belong to him. He is free from all burdens, bonds and obligations. He abides in the Self and remains absorbed in its contemplation.

One should therefore aspire to become a Brahmana by knowing Brahman, the highest, supreme Self. Your birth gives you opportunities to know Brahman, but your caste by itself does not make you a knower of Brahman. For that you have to strive to transcend your mind and body, like anyone else, whether you come from one caste or another. This is the simple and direct message of the Vajrasuchika Upanishad.

In making these assertions, the Upanishad is not in conflict with the Vedas or other scriptures. It is also wrong to assume that it contradicts Hinduism or validates the arguments of Buddhism against caste system. Our scriptures such as the Vedas, the Puranas, Agamas and others convey the message that a person becomes a Brahmana by knowing Brahman and being Brahman.

Only Brahma-jnanis, the true knowers of Brahman, qualify to be considered Brahmanas. The rest are Jivas who are but Pasus (animals) in different stages of spiritual evolution and awareness, ruled by Pasupathi, the lord of the animals, subject to the impurities of ignorance, delusion, egoism and the chief evils such as greed, envy, anger, lust, etc.

1. I am now going to teach you the knowledge of Vajrasuci which dispels ignorance, condemns the ignorant and elevates those who possess the eye of wisdom.

Notes: The ignorant here are those who believe in the traditional notions of the caste system.

2. The Brahmana, the Kshatriya, the Vaisya and the Sudra: these are the four varnas. The Vedas proclaim that the Brahmana is the first among them and the smritis also affirm it. There is however an interesting aspect about this. Actually who is this whom we refer by the name Brahmana? Is he (the subtle body known as) Jiva ? Is he the physical body? Is he (the descendent of) the community to which he belongs? Is he (the possessor of) the knowledge? Is he (the doer of) the actions he undertakes? Is he (the performer of) the religious rites he performs?

3. Of this the first premise that Brahmana is jiva is not tenable because the same jiva enters different bodies in previous lives. Although it is one, due to the impact of the past deeds and desires the same jiva happens to reside in many bodies (in different lives). Therefore a Brahmana is not on account of the jiva.

4. Then coming to the statement that the body is Brahmana, this also is not acceptable because universally the body is composed of the self same five elements (the earth, the water, the fire, the air and the ether), from the Brahmanas down to the lowest of the human class and subject to the same processes of old age and death, good and evil in all. One cannot also generalize that the Brahmanas have white complexion, the Kshatriyas red complexion, the Vaishyas brown complexion and the Sudras dark complexion,( because these colors are not uniform among these classes). Besides the bodies can become tainted with such sins as the killing of Brahmans, improper cremation of bodies by their descendents and so on. Therefore a Brahmana is not so because of the body.

5. Then it is said that a Brahmana is so because of his caste. This is not acceptable because there are diverse communities in the world, even in the animal world, and the seers and sages come from different communities. We have heard from the sacred scriptures that many seers were of animal origin. Rishyasringa was born of a deer, Kaushika came from the grass, Jambuka from a Jackal, Valkimi from an ant hill, Vyasa from a fisher girl, Gautama from the back of a hare, Vashista from the celestial nymph Urvasi, Agastya from an earthen vessel. Among these many have attained the highest rank, despite of their lower birth and given proof of their wisdom. Therefore a Brahmana is not so because of his community.

Notes: It is to be noted that the sages were not born physically from the animals or such things as grass or earthen vessel. The descriptions here are symbolic, suggestive of the fact that these sages were given birth by parents who had some dominant animal or plant trait in them or who had the quality of an inanimate object or a celestial being.

6. The argument that knowledge makes a Brahmana is also not acceptable because many Kshatriyas and others have seen the Highest Reality and attained perfect knowledge. Therefore a Brahmana is not so because of his knowledge.

7. That karma (actions) make a Brahmana is not acceptable because we see the existence of prarabdha and sanchita karma in all beings. Impelled by their previous karma only all the saintly people perform their deeds. Therefore a Brahmana is not so because of (present) karma.

Notes: Sanchita karma is the residual karma that has accumulated in the past on account of our previous actions. Prarabdha karma is that portion of karma that is responsible for the formation of the physical body.

9. Then who is to be known by the name Brahmana? He who succeeds in perceiving directly the self without a second like an amalaka fruit in the palm of his hand, who is devoid of the distinction of caste, trait and action, who is devoid of all the faults such as the six imperfections and the six states of being, who is of the nature of truth, knowledge, bliss and infinity, who is self existent, without will power, but the impeller and supporter of all will power, who exists in all as the indwelling spirit, who is within and without of all like the ether, who is of the nature of indivisible bliss, immeasurable, known only through ones direct experience, who manifests himself directly as truth, who has successfully overcome such imperfections as desire and passion, who is filled with the riches of tranquility, who has eliminated from his being such states as envy, greed and infatuation, who lives unaffected by such things as ostentation and egoism- these aforesaid qualities make up a Brahmana. This is the opinion expressed by all the srutis (Vedas), smritis (religious books), Puranas (ancient lore) and the Ithihasas (historical works). Otherwise it is impossible to attain Brahmanahood. Meditate upon Brahman, the inmost Self, who is of the nature of truth, consciousness and bliss and who is without a second. Meditate upon Brahman, the very Self, who is without a second. This is the Upanishad.

Notes: The six imperfections are old age, death, sorrow, delusion, hunger and thirst. These are common to all living beings and responsible for their suffering. The six states of being are birth, existence, growth, change, waning and perishing. The srutis are those that are heard. They are not human creations but are diving in origin. The smritis are those texts, the expert opinions, that are remembered and passed on from generation to generation for their value and content.