The Bhagavadgita on Renunciation Or Sanyasa 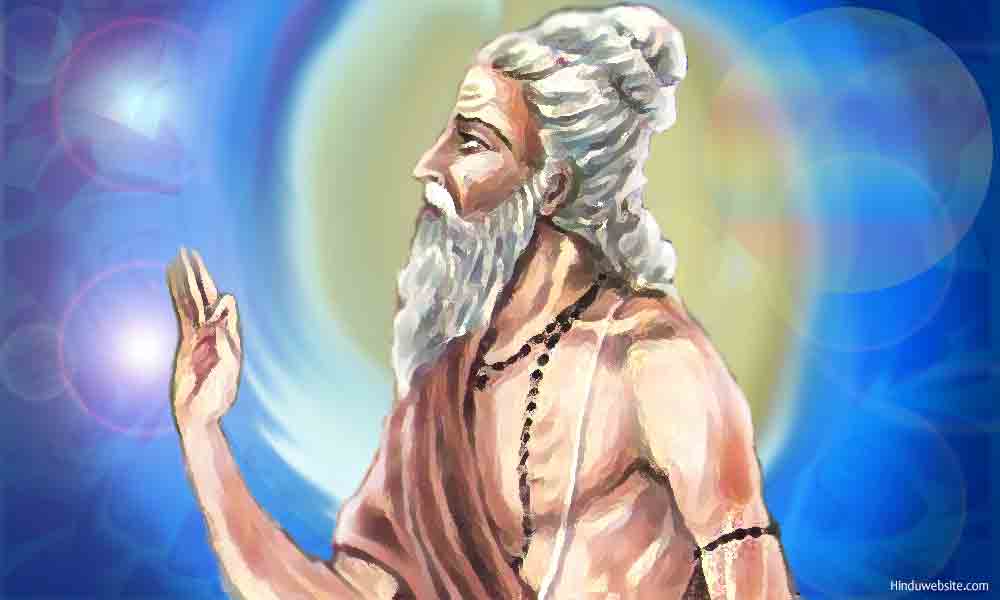 Sanyasa is an important concept of Hindu asceticism. Generally, it is understood as renunciation or giving up of worldly life. Those who practise it are variously known as munis, sadhus, babas, swamis, yogis, jnanis, avadhutas, paramahansas, jangamas, rishis, gurus, etc.. The names are rather titles or designations, which are given to them according to their monastic discipline, methods of spiritual practice, degree of progress or state of self-realization.

However, they all fall under the common term sanyasi, which means the one who has taken up sanyasa or renunciation. They are one of the commonest features of Hindu social life, revered and worshipped by common people for the respect and admiration they command for their self-sacrifice, spiritual powers and esteemed place in Hindu spiritualism.

In theory, a person does not become a sanyasi by merely giving up worldly life or by following monastic rules or code of conduct such as taking an initiation, growing a beard , wearing marks  on his body or putting on orange robes, or joining a monastic order. People may often do it to escape from the pressures and responsibilities of life or to make a living out of it. A lot of people do it and often bring a bad name to the very practice.

The idea of sanyasa must be deep-rooted and expressed in all aspects of life, including how one thinks and acts or how one responds to situations that arise in life. The purpose of sanyasa or renunciation is to overcome suffering and escape from the cycle of births and deaths. Its ultimate aim is to achieve liberation and provide an example to others to follow. Genuine sanyasis practice self-discipline, austerities and self-control.

You cannot easily arouse their emotions or passions. They remain subdued, introverted, indifferent and absorbed in the contemplation of God. You may even think by their appearance or their behavior that they are ordinary or destitute. Through their conduct and way of life, they instill confidence in the ideal of liberation and set an example for others to follow, whereas the false ones are largely responsible for the erosion of faith and religious values among common people.

The Bhagavadgita is aware of such a problem. Therefore, it focuses more upon the deeper attitude of sanyasa or renunciation than the mere outward practice of it. True renunciation, according to the Bhagavadgita, is freedom from desires, or renunciation of desires. It is the hallmark of true monkhood, which is possible only through the cultivation of detachment and the equanimity of the mind.

No one can escape from performing actions because even simple acts such as breathing, speaking, walking or sleeping are considered actions only. Certain duties in life are obligatory. They cannot be abandoned. A renunciant may give up the world, but he cannot give the duty of keeping his body alive and protected. Hence, whether a person is a householder or a sanyasi, he should never aim to give up certain duties which are obligatory. He should not renounce such actions, but only desire and attachment to them and their fruit (4.20).

Thus, the Bhagavadgita makes a very convincing argument about the practice of sanyasa and how a sanyasi should go about it. It is by renouncing the desire for the fruit of actions that a karmayogi becomes a true sanyasi. Mental renunciation is actually more difficult to practice than outward and superficial renuciation. The Bhagavadgita proclaims that a karmayogi, who neither hates nor desires, should be considered true Sanyasi, because it is by overcoming desires that a person transcends the pair of opposites, and his hidden passions and emotions (5.3).

Truly speaking, as far as attitude and thinking are concerned, there is not much of a difference between a karmayogi and a sanyasi. A true karmayogi in essence acts and lives with the attitude of a sanyasi, while a true sanyasi performs actions with the attitude of a true karmayogi. Both perform desire-less actions, without any expectations and remain content with whatever fruit that has been gained unsought. They are not troubled by either positive or negative gain. They are not elated when they come into contact with the sense objects or separated from them. They react to pain and pleasures alike, as evidence of the fleeing nature of our existence and our bondage to the cycle of births and deaths. They are free from jealousy, free from the afflictions of the mind and remain innerly detached from the humdrum of worldly life. Though they participate in the affairs of the world, they control their senses and can withdraw themselves from the sense objects at will. In this manner a karmayogi lives like a sanyasi in thought and a sanyasi like a karmayogi in deed.

The Bhagavadgita provides a glimpse of how a true sanyasi lives and thinks. In the fifth chapter, we are informed, "Whether in seeing, hearing, touching, smelling, tasting, walking, sleeping or breathing, while performing actions a true sanyasi thinks that he is doing nothing at all. And when he is performing his bodily functions, he knows that only his senses are dealing with the sense objects." (5.8-9). Thus, a true Sanyasi is but karmayogi in daily life.

A true sanyasi is God centered. His thoughts revolve around God, and he thinks of God only as he performs his actions and engages with the world. He performs his obligatory duties with detachment and offers them to God as sacrificial offerings. He is not concerned with the result as he acknowledges God as the real doer and himself as a mere instrument. Despite his lack of interest in ownership, he does not abandon his duties towards himself, his family and his society. Sattvic in nature, he is compassionate and unconditional in his relationship with others. He views his life as an offering or a sacrifice to God, surrendering himself to him completely. The impurities of life do not touch him, because he is detached, in control of his mind and senses and free from egoism. Because he renounces doer-ship and acknowledges God as the real doer, he remains untouched by sin.

The Bhagavadgita declares renunciation as the highest form of spiritual discipline because peace follows renunciation immediately(12.12). The attitude of renunciation is well evident in the life and activities of Lord Krishna himself. Though he led a luxurious life, seemingly enjoying the abundance of royal life, he was inwardly detached. He stood on the side of righteousness and destroyed demons and evil people, with a sense of duty rather than any kind of vindictiveness. In the epic Mahabharata while the various characters flit across the screen displaying tumultuous emotions, Lord Krishna remains calm and composed throughout. Truly, in Lord Krishna we find the perfect blend of a true karmayogi and sanyasi.