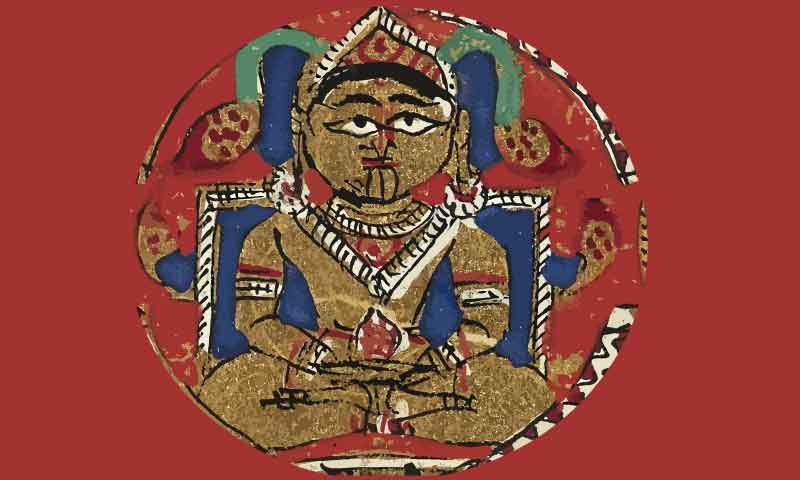 A liberated soul does not have a material body, mind, speech, and does not breathe. The soul is totally free from all karmas. It merely exists in Moksha in the permanent blissful state.

As far as a worldly soul is concerned it possesses a material body along with some other types of bodies. These bodies are made up from different types of varganas (matters). Jainism explains that eight types of vargana exist in the universe. Every space in the universe is filled with these vargana. When five of the eight vargana when attach to the worldly soul they create five different bodies. The remaining three vargana provide three different functions to the material body.

1. Audaric body - The body that we see from the outside (Bahya Sthula Sharira) is called Audaric body. It is made up of Audaric vargna. A person can not be liberated without the help of this body. Hence it is the most important body of the human being. At the time of death, the soul leaves this body behind.

2. Tejas body -This body is made up of Tejas vargna. This body is responsible for digestion, heat, etc. in the Audaric body. At the time of death, it accompanies the soul and helps to create a new Audaric body for the soul.

3. Karmic/Causal Body (Karmana Sharira) - The karmic matter that covers the soul is called karmic body. It changes every moment because new karma is continuously attached to the soul due to activities of body, mind, and speech. At the time of death, the soul is accompanied by this body for the next birth. It leaves the present physical (Audaric) body behind. The karmic body along with tejas body forms the basis of the other newly produced audaric body. It also provides the fruits of living being's past action when due.

4. Aharac body - This body is possessed by some special souls. Aharac body is very small in size. These souls put on this body to travel far distant places. Sometimes monks who possess this body can travel to the other part of the universe (ex. Mahavideha Kshetra) to visit a Tirthankara to remove their doubts about soul, karma etc. It is said that Achaurya Shri Kunda Kunda possessed Aharac body. With this body he visited Shri Srimandhar Swami, the present Tirthankara of the Mahavideha Kshetra. He removed his doubt about soul and matter substances.

5. Vaikriya body - This body can be obtained by human being by practicing yoga, meditation, etc. With this body one can transform his body into a very small or a large size. The heavenly beings and hellish beings possess this body by birth.

All worldly souls possess three bodies (Audaric, Tejas, and Karmic) and some unique soul may possess additional one or two bodies.