Karma Yoga According to the Bhagavadgita 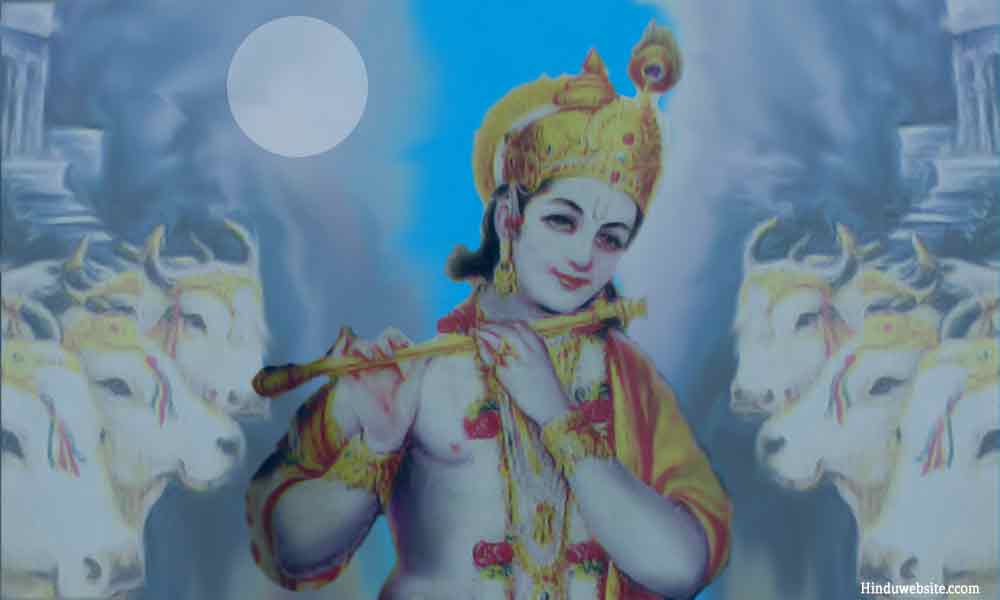 Karma means action. Yoga means the state or the means. Karma yoga refers to the spiritual practice in which actions are used God’s devotees as the means to achieve self-transformation and liberation by escaping from the consequences of their actions. The karma yoga suggests the way to live in this world without getting your hand dirty with the sinful actions. The essential doctrine of karma yoga is explained in several Upanishads and in the Bhagavadgita. Apart from them, you will also find several references to it in other scriptures.

There is a fundamental difference between the Classical (Ashtanga) Yoga of Patanjali and Karma Yoga. The former is primarily meant for spiritual people to get rid of their impurities and cultivate sattva so that they can experience peace and equanimity and stabilize their minds in the contemplation of the Self. The latter is meant primarily for the worldly people who are engaged in worldly actions for the sake of God and the order and regularity of the world, without ignoring their spiritual need for liberation. The practices of Ashtangayoga can be found in Karma Yoga under the name Atma Samyama Yoga or the Yoga of Concentrated Self-absorption.

Karma yoga also has many similarities with the Zen practice of Soji or the Buddhist practice of doing daily chores to train the mind. Such practices involve doing whatever physical work that has been assigned to a monk such as sweeping the floor or cleaning the utensils with mindfulness, concentration, and without expectations and distractions. Soji is karma yoga in action, except that you do not offer that work as a sacrifice to God or perform it as part of your God’s duty.

Their approach to work is based upon the simple principle of total and unconditional involvement. When you do something, do something. When you sit, sit; when you eat, eat; and when you sleep, sleep. It is the essence of mindfulness or living with right awareness. You engage in actions to tame your monkey mind and allow it to become absorbed in the moment of the action, without any expectation of appreciation, recognition or approval. The idea is the same. You engage in actions as part of your self-cleansing or transformation, not to feed your ego or strengthen your identity or distinction.

Karma yoga as a way of life

Karma yoga goes beyond simple daily chores and extends to the whole life. It is meant not only for spiritual aspirants but also for worldly people, to whom work is the way of life and who have to deal with tougher challenges and greater distractions as they are engaged in the act of living. Karma Yoga or the path of action as suggested in the Bhagavad-Gita teaches people how to cope with the pains and pleasures of life without choosing and without escaping. It teaches people how to remain engaged with the process of living, however difficult and distasteful the circumstances may be. This is in stark contrast to the popular opinion that men should renounce their worldly things, go to a forest or some secluded place, away from society like a cave and perform tapas or meditation in order to achieve self-realization. Unlike Buddhism, Hinduism is not a monastic religion. It does not prepare people for the rigors of monastic life but for the difficulties and uncertainties of the mortal life.

References to Karma Yoga from the Bhagavadgita

According to the Bhagavadgita selfish actions or desire-ridden bind men to their consequences and subject them to the cycle of births and deaths. At the same time, one cannot escape from karma by shunning their responsibilities altogether. Inaction or non-action is a solution to the problem of karma. Liberation cannot be attained by abstaining from work or by renouncing work (Ch.3.4), because it is not possible for anyone to remain inactive even for a moment. The triple gunas (sattva, rajas and tamas) are always at play in causing desires. They hopelessly drive everyone to engage in actions (Ch.3.5) to fulfill their desires. Besides actions such as breathing and digestion, which are autonomous, cannot be controlled or regulated (Ch.3.8). The following are other important beliefs and ideas found in the Bhagavadgita about karma, karma yoga, and how one should engage in selfless actions as a way of sacrifice and service to God.

1. Desire is the eternal enemy of the wise on earth, the insatiable fire (Ch.3.39), which deludes the soul by over powering the senses, the mind and the intellect (Ch.3.40). A true karma yogi therefore controls his senses and desires through wisdom and discipline and engages himself in desireless actions. A person’s right is to his work only, but not to the fruit of his actions or to inaction (Ch.2.47). True karma yoga consists of performing one’s duty without attachment, remaining even minded in success and failure (Ch.2.48). It is accomplished by self-restraint, controlling the mind and the senses (Ch.2.64 &65) and desires (Ch.2.71). On this path of action there is no loss, nor any reverse reaction. Even a little practice safeguards one from the fear of birth and death (Ch.2.40). The body needs food for its survival. Food comes from God only. The virtuous ones who know this eat only that which has been offered to God as a sacrifice, for the sake of nourishing their bodies alone. By doing so they do not incur any sin (Ch.3.13).

2. The karma yogi knows the importance of controlling his senses (Ch.3.6). Therefore, he engages in actions by restraining his mind and senses, unattached, directing his organs to work. (Ch.3.7). By that, he overcomes his desires and remains contended within himself, taking delight in the Self alone (Ch.3.17). For him there is no interest whatsoever in performing actions or in not performing them, nor does he depend upon anyone or anything (Ch.3.18). Calm and collected, he performs his actions without attachment and inner commotion.

3. The sense of doership is another area of internal reform. Actions should not be done to feed the ego or strengthen the feelings of pride and ambition. Actions should be performed as part of one’s transformation. This is the essence of Karma yoga. Actions arise from the gunas that are present in your mind and body. Nature, not you, is their source. The knower of the gunas knows that all actions are caused by the triple modes of nature (Ch.3.27) and thereby he remains detached (Ch.3.28) from them. He surrenders his actions to God as he performs them, with his mind fixed on him, free from expectations, attachment and mental afflictions (Ch.3.29). It is not restraint of actions but restraint of the senses, which is important (Ch.3.34) in the practice of karma yoga.

4. God is a perfect karma yogi. There is no better example than him in performing selfless action. Although there is nothing in the three worlds for Him to do or to attain (Ch.3.22), still he engages in action. He not only creates the worlds and beings, but also supports them by ensuring their order, regularity and continuity. Though He is unborn and eternal, he incarnates on earth to restore order and balance whenever disorder and confusion become excessive. He does this to protect the pious and destroy the wicked (Ch.4.8 and set an example so that people upon earth would emulate him (Ch.3.23) and keep the world free from disorder and confusion (Ch.3.24). The fourfold order in society was also created by God (Ch.4.13), again out of no desire but to establish order in the world. The ancient seers knew that actions would not taint God as he had no desire for the fruits of actions. Thus by knowledge they attained perfection. Ignorant people engage in actions with selfish motives, with attachment, while the wise ones perform them without attachment for the general welfare of the world (Ch.3.25).

5. The supreme knowledge of renouncing actions through knowledge was said to have been lost to the world overtime (Ch.4.2). Lord Krishna unraveled it and explained to Arjuna. True renunciation means renunciation of desire for the fruit of actions, not actions themselves. Therefore, the karma yogi offers his actions to God, shaking off all attachment (Ch.4.10), and performing actions with his senses, mind, intellect and body only, for the sake of purification of soul (Ch.4.11) He offers the fruit of his actions to God and there by attains Supreme Peace (Ch.4.12). Knowing the distinction of action, inaction and prohibited action (Ch.4.17), he learns to see inaction in action and action in inaction. Having renounced attachment to actions, ever content, without any shelter (Ch.4.20), without any expectations, mind and self under control, giving up all possessions, performing only the body related functions (Ch.4.21), happy with whatever that comes to him on its own, free from jealousy, beyond dualities, he remains equal in success and failure (Ch.4.22). With all attachments gone and his mind established in wisdom, his actions become equal to acts of sacrifice and he becomes completely liberated from the bondage of actions.

6. Actions should neither be abandoned nor neglected, for they can lead to unhappy consequences. As explained before inaction is not a solution to the problem of karma. It is also important not to abandon one’s duties and obligations because they are unpleasant and take up those of another even if they are better. Your obligatory duties arise from God. They are meant for you and assigned to you as part of your responsibility to contribute the welfare of the word and ensure its order and regularity. They may arise from birth, past relationships, unfulfilled obligations, unexhausted karma, family, society, the world, faith, and God himself. They cannot be avoided. Even if they are inferior, painful or difficult, they should not be abandoned or replaced with the duties of another even if they are better or superior.

7. Renunciation of actions with knowledge is described in the fourth chapter, while the qualities of a true sanyasi are described in the fifth chapter. A true renunciant (sanyasi) mentally renounces all actions and rests happily in the city of nine gates (Ch.5.13). He looks with the same eye upon all objects. In his attitude he is scholarly but humble, and undeluded (Ch.5.18). He neither rejoices upon getting what is pleasant nor agonizes upon obtaining what is unpleasant (Ch.5.19). He is unattached to the external world, always engaged in the contemplation of Brahman and identifies himself with God (Ch.4.21). Having been able to withstand desire and anger, whilst in the body (Ch.4.23) he remains self-restrained, delighted in himself and illuminated with in (Ch.4.24). As a true renunciant, he does not indulge in selfish actions, but in such actions only which promote the welfare of the world (Ch.4.25).

This, in brief, is the path of action suggested by Lord Krishna in the Bhagavad-Gita.