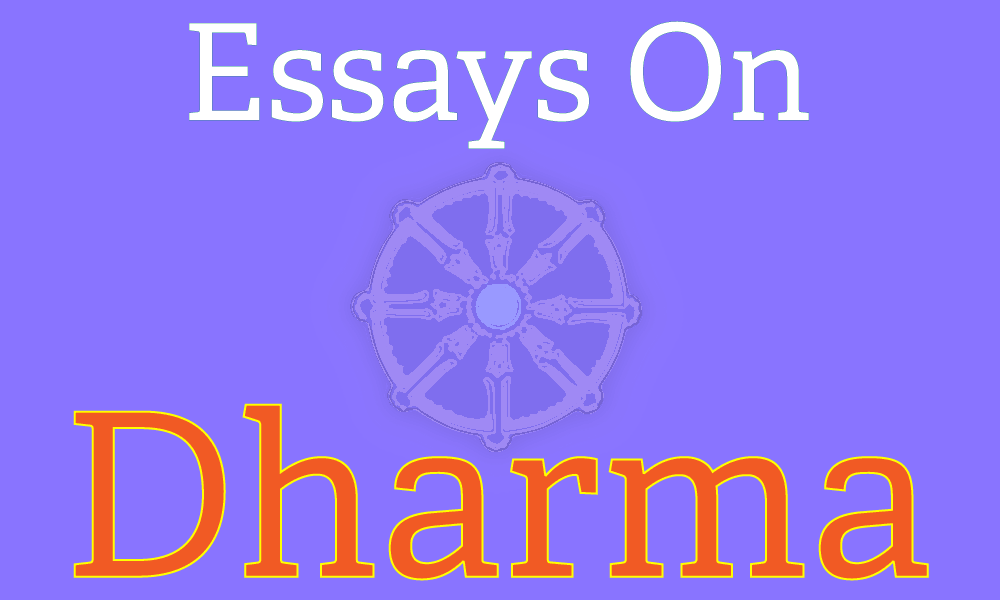 Dharma is your natural, inborn, inherent function, nature or property. In a broader sense Dharma or Dhamma is a body of spiritual knowledge about how a person should live upon earth and regulate his life according to the best of the moral and spiritual percepts. In a limited sense it denotes virtue, mortality, religious duties and spiritual practice. Currently, Dharma is also interpreted to mean a religion or a philosophy in the western sense.

Hindus believe God is the source and the upholder of Dharma. Buddhist consider the Buddha as the source of their Dhamma. Life is considered in both traditions to be a battle between good (dharma) and evil (adharma). In ancient times, the religious traditions of India were called Dharma. For example, Vaidika Dharma, Shaiva Dharma, Vaishnava Dharma, Jaina Dharma and Buddha Dharma were the most popular dharmas of ancient India. The following is a list of essays on Dharma or Dhamma which are currently available at Hinduwebsite.com. Overtime it acquired many new meanings.

Dharma, the Moral and Religious Duties of Hinduism

What Can You Do In the Service of Hinduism?

Why is Hinduism Called Sanatana Dharma?

Wealth and Duty in Hinduism

The Abiding Principles of Hindu Dharma

The Four Virtues of Varnashrama Dharma

The Eternal and Temporal Aspects of Hinduism

Ten Incredible Reasons Why Hinduism is an Amazing Religion

The Essential Practice of Dharma in Today’s World

Dhamma for Everyone by Ajaan Lee Dhammadharo

Duties of the Buddhist Sangha