Attachment According to Bhagavadgita 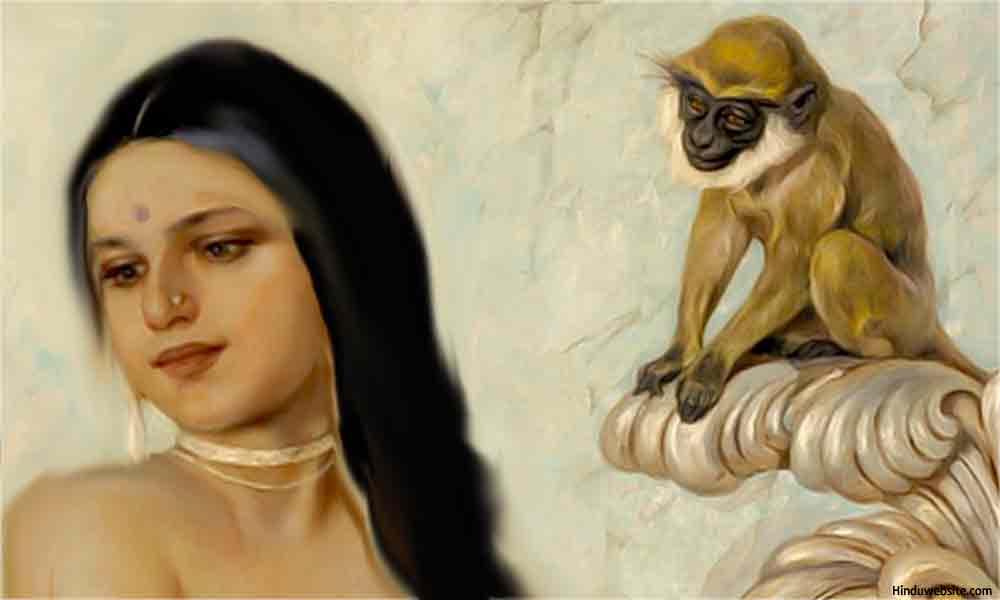 Summary: Attachment means feeling of either attraction or aversion to anything, which you may develop in your interaction with world. Your attachments hold you back. In this essay we will discuss the concept of attachment according to the Bhagavadgita and spiritual solutions to overcome them.

The Bhagavadgita contains at least a hundred references to attachment, which shows how important the concept is to its teachings. Arjuna was attached to certain notions, beliefs and values besides to his family, friends and relations. He desired to be known as a warrior of integrity, virtue, and righteousness but not as someone who was responsible for the killing of his own relations and elders of the family.

He was caught between the duality of attraction and aversion to war and its consequences. He was attached to many things in life. He had his own sense of right and wrong and justification to support his lopsided arguments. Therefore, he experienced anguish and a moral and spiritual dilemma whether to fight or not. Through his teachings, Lord Krishna explained to him that his duty was to cultivate sameness and fight the war as was expected of him by his family and God himself.

References to attachment in the Bhagavadgita

Desire is the cause. Attachment is the result. Once an attachment is formed, it keeps the desire alive by inflaming it. Thus, desire and attachment create a complete circle in which beings become caught and experience a wide range of emotions. The following are a few important references to attachments found in the Bhagavadgita, which are worth remembering.

1. When actions are performed renouncing attachment and desire for the fruit of actions, one becomes equal to gain and loss and experiences sameness (samatvam), which is yoga in itself (2.48).

2. Attachments interfere with a person’s ability to think clearly or rationally. When the person is free from attachments, he becomes equal to attraction and aversion and intelligent (2.57).

3. When the mind is constantly engaged in worldly things, it grows fond of them and develops attachments. From attachment arises desire, and from desire, anger (2.62).

4. A person who practices karma yoga (yoga of action) by restraining his mind and senses and without attachments, he is exceptional (3.7).

7. Attachment and aversion to the sense objects arise from the senses. Therefore, one should not come under their influence (3.34).

8. A person who is freed from past attachments, whose mind is established in knowledge, and who engages in desireless sacrificial actions, his actions become neutralized and his karma becomes dissolved (4.23).

9. So is the case with a devotee who renounces all attachments and performs actions as an offering to God. Just as a lotus leaf in the water is not touched by it, he is not tainted by it (5.10).

10. Giving up all attachments, karma yogis mechanically perform actions with their bodies for self-purification (5.11) and rest happily in the city of nine gates (5.13). Unattached to external contacts, they achieve self-realization and find eternal happiness within themselves (5.21).

11. When Purusha (soul) is established in Prakriti (Nature), he becomes an embodied soul (jiva). Attachment to the triple gunas (modes) is responsible for his rebirth (13.22). The three gunas are sattva, rajas and tamas. Sattva binds beings by inducing in them attachment to knowledge and pleasure, rajas by attachment to actions and tamas by attachment to negligence sloth and sleep (14.7-9). A yogi who transcends the three gunas becomes equal to all, and is qualified to experience oneness with Brahman.

12. Even virtuous actions such as sacrificial rituals, charity, and austerity which are considered purifiers of the wise, should be performed by renouncing attachment and desire for the fruit of such actions. However, actions as such should not be renounced (18.5-7).

The entire teachings of the Bhagavadgita is centered on the idea of overcoming desires and attachments and cultivating sameness, equanimity, stability, discernment, and peace so that the mind can be established in the contemplation of the Self and experience oneness with it. Desires and attachments are at the center of human suffering, and the Bhagavadgita rightly identifies them as such and offers a very practical approach to overcome them.

Attachments have a great significance in spiritual life. The first few lesson which you will learn in spiritual life are about how you have grown fond of the world, how much the world has grown in you, and how you can cut those bonds so that you can feel comfortable with yourself and your aloneness.

A spiritual person knows that without mental freedom you cannot have spiritual freedom and to achieve mental freedom you have to cut all your bonds, even if it is going to be extremely painful and difficult. If you do not have that resolve, you may better return to the world and live as before.

If you pay attention to your actions and decisions, you will realize how your attachments influence your life. Therefore, if you want to live peacefully, or if you want to become mentally free from the constraints of life, you have to pay attention to your attachments and neutralize them so that they will not trouble you by their presence or absence. It is why spirituality is synonymous with the renunciation (sanyasa) of desires and attachments. Unless you give up your likes as well your dislikes, you cannot go far on the path.

Hinduism, Buddhism and Jainism, recognize alike the importance of overcoming desires and attachments. They exhort people to cultivate detachment and become indifferent to both attraction and aversion. They all hold that attachment to worldly objects is a major obstacle on the path of liberation, which is chiefly responsible for the bondage of beings to the cycle of births and deaths and their continuation in the mortal world. It is also responsible for sinful karma, delusion and lack of discretion.

Attachments are part of Nature’s design. They arise because Nature casts the spell of Maya (delusion) upon the worlds and keeps the beings deluded and subject to duality, desires and attachments. Therefore, those who want to quiet their minds and contemplate upon God, must control their desires and cultivate detachment and dispassion.